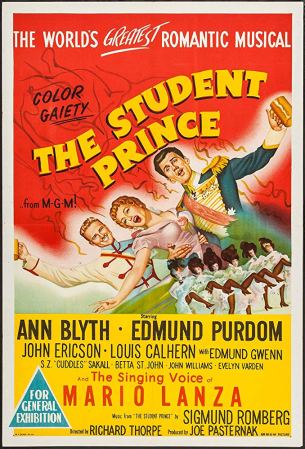 Plot:
Prince Karl Franz (Purdom) is set to marry Princess Johanna (St. John) to help his kingdom financially. When the princess finds Prince Karl to be stuffy and unfeeling, he is sent by the King (Calhern) to Heidelberg to study and also learn how to be a human being. While at the university, Prince Karl falls in love with a barmaid, Kathy (Blyth), he has to choose between love and duty.