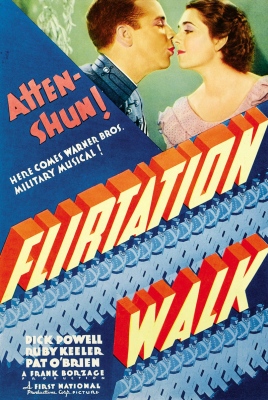 Plot:
Dick Dorcy (Powell) is a private in the Army station in Hawaii. He is assigned to drive visiting general’s daughter, Kitt Fitts (Keeler). Kitt ditches a reception she is required to go to, ordering Dick to show her around Hawaii. This puts Dick in hot-water, and to avoid court-martial, the two-part. Dick decides to go to West Point to become an officer to be the equal of Kitt’s boyfriend, Lieut. Biddle (Eldredge).
END_OF_DOCUMENT_TOKEN_TO_BE_REPLACED