Have you ever seen a movie that is so similar to another one, yet you know it isn’t a remake?

I’m not saying something like Disturbia (2007) and Rear Window (1954) which are so similar it might as well be a remake and there was a court case over the fact that the screenwriter of Distrubia copied Rear Window.

Both have very similar plots. The odd thing is that both of these films were movies adapted from books. Elephant Walk was written by Robert Standish in 1948 and Rebecca was written by Daphne Du Maurier ten years prior in 1938.

Let’s briefly over view the plots before we proceed with the comparison.

Rebecca (1940): A young woman (Joan Fontaine) meets a rich widower (Laurence Oliver) and has a whirlwind romance. They fall in love and marry after not knowing each other for very long. Shortly after moving into her new home, the young bride finds that she is not in control of her own household. Mrs. Danvers (Judith Anderson) the house keeper underminds everything the 2nd Mrs. DeWinter tries to do and constantly reminds her that she is not as good as the deceased wife, Rebecca.

Elephant Walk (1954): Rich plantation owner John Wiley (Peter Finch) from Ceylon comes to England specifically to find a bride who ends up being Ruth Wiley (Elizabeth Taylor). She marries him after only knowing him a brief time and finds plantation life in Africa difficult. Not only is life in Africa strenuous, but also the fact that the head man servant, Appuhamy (Abraham Sofaer), won’t let Ruth run her home. It makes things difficult because everyone idolizes John’s father, the late Mr. Wiley, and talks about him as if he is still alive.

If you don’t see the similarities through the plot summaries, then this will help:

1.) Both movies have a creepy housekeeper that won’t let the heroine run her home. It doesn’t make things any better when their husbands are cold and don’t stand up for them at all.

In both films, the servants worship someone who is dead and continue to act as if they are alive. In Rebecca it is Mrs. Danvers constantly reminiscing about old times with Rebecca of when she would get ready for parties and brush her hair as Rebecca told her about her evening. In Elephant Walk it’s Appuhamy still serving his late master and acting as if he is alive and giving orders. 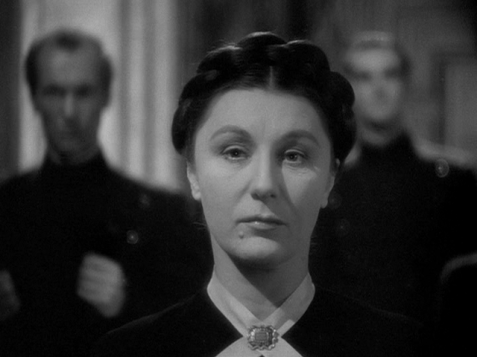 2.) Both are married to non-supportive, sketchy men. They allow their wives flounder in these huge houses with insubordinate servants. Usually the wives’ plea for support ends in an altercation. 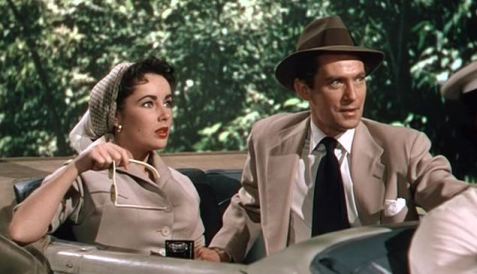 3.) Both movies have party scenes that don’t end well for the wife. In Rebecca it is the costume party where the second Mrs. De Winter dresses in the same costume Rebecca wore on an occasion (this was suggested by Mrs. Danvers of course). This particular costume upsets Mr. De Winter a great deal. In Elephant Walk its a crazy dinner party consisting of all men and Ruth being the only woman. It gets out of hand when all the men are drunk and riding around on bicycles in doors. Ruth doesn’t enjoy that her husband is continuing to act like a bachelor and keep late hours when she wants to go to bed.

Mr. Wiley’s friends still act like bachelors even after they are married.

4.) Both movies have forbidden rooms that belong to the idolized dead people. Naturally both women sneak in them and look around, not that I blame them; I would do the same.

5.) Both homes end up getting destroyed in the end of the films.

The home in flames in Elephant Walk

The home in flames in The Elephant Walk

7.) *Spoilers*
Both of the sketch servants have their lives come to an end in gruesome ways. 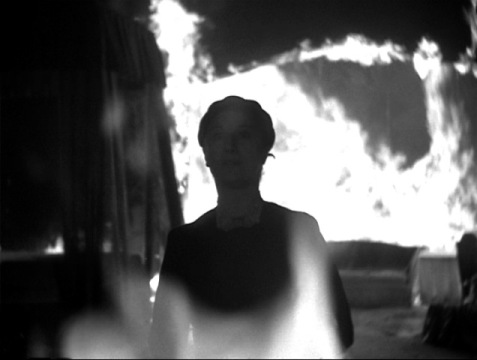 Mrs. Danvers walks into the fire.

8.) In the end, both married couples end up happy and in love. Both men came through for their women eventually, but they sure took their time about it.

Joan Fontaine and Laurence Olivier at the end of Rebecca (1940)

However, one thing Elephant Walk had that Rebecca didn’t was….the lover in the form of Dana Andrews, one of my biggest actor crushes. 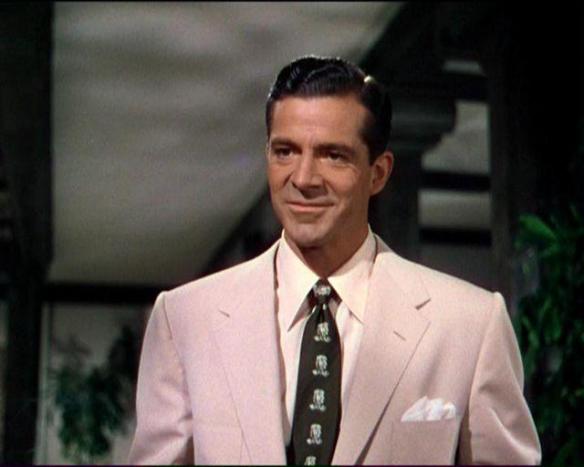 Those are the main comparisons I picked out. I can’t find anything on how these are potentially connected.