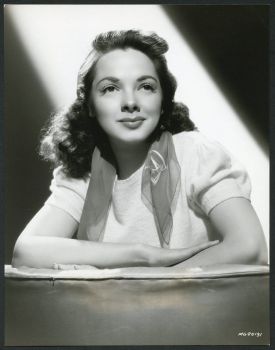 With her soprano voice and sweet, heart-shaped face, Kathryn Grayson was one of the many stars in Metro-Goldwyn-Mayer’s constellation.

But before the singer and actress was one of the studio’s top stars, Grayson was born Zelma Kathryn Elisabeth Hedrick in Winston-Salem, N.C. Zelma was one of four children born to Charles and Lillian Hedrick. The other siblings – Bud, Hal and the youngest Millie, who were also born in North Carolina. Though Zelma was born in Winston-Salem, she spent most of her childhood in Kirkwood, Mo., near St. Louis, when her family moved due to her father’s work as a real estate contractor. Zelma aspired to be an opera singer and studied voice while she was growing up.

The family moved from Kirkwood to Texas to California. Grayson continued studying and improving her singing and was discovered in California, according to a July 1, 1944, issue of “The State,” a monthly North Carolina-focused magazine that has been published from 1933 to present, which is now titled “Our State.”

END_OF_DOCUMENT_TOKEN_TO_BE_REPLACED

Comet Over Hollywood is doing a mini-series of “Classics in the Carolinas.” I’ll be spotlighting classic movie related topics in South Carolina (my home state) and North Carolina (where I currently live). 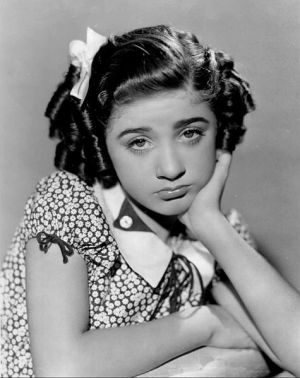 With her bobbed brown hair, big eyes and a face more mature than other child stars, Edith Fellows acted with some of Hollywood’s top stars including Claudette Colbert, Bing Crosby and Melvyn Douglas.

In films such as “She Married Her Boss” (1935) or “And So They Were Married” (1936), Fellows seemed to specialize in playing brats who were reformed by the end of the film. Fellows once said she liked playing brats because she, “Couldn’t do those things at home,” according to actor Dickie Moore’s book about child stars ‘Twinkle, Twinkle Little Star.’

But before Fellows made her way to Hollywood, she spent her early years down South. Born in May 1923 in Boston, MA, her mother left Fellows and her father, Willis Fellows, when she was only a year old. Fellows’ father found a job in Charlotte, NC, and moved there with his parents. Fellows said her first recollection of living in Charlotte was having the measles on Christmas day.

While in Charlotte, Fellows started taking dance lessons at the Henderson School of Dancing located on the 200 block of South Tryon Street, according to the University of North Carolina – Charlotte archives. 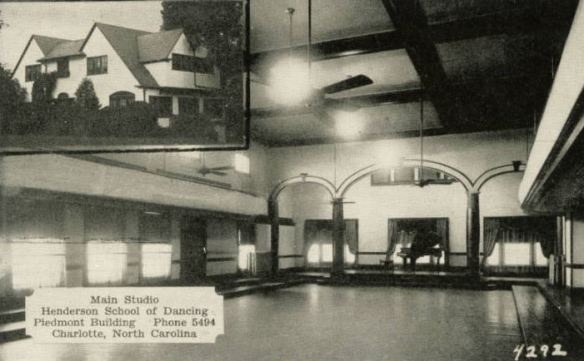 “I was so pigeon-toed that I kept falling over myself,” Fellows said in an interview in the book “Growing Up on Set” by Tom and Jim Goldrup. “My grandmother took me to an orthopedics man and he suggested that she get me some dancing lessons.”

By the time she was three, Fellows was singing, dancing and reciting poetry in local productions.

“I used to sing and recite, they put me in a one woman show when I was only 3 and a half,” Fellow said in the Goldrup book.

A talent scout visited the Henderson School of Dancing and said he could get little Edith into a Hal Roach film. If Fellows’ grandmother paid $50, the talent scout could get her a screen test in Hollywood. Her dance class collected the money so she could go to California, according to a February 1986 issue of “Orange Coast Magazine.”

“It was terribly sad saying goodbye to my friends and dancing buddies. They all came to the railroad to see us off,” Fellows was quoted in Moore’s book. “Nobody asked if I wanted to go. I don’t know how I felt about it. I didn’t know what Hollywood was. My grandmother did, and because she was excited and happy, I caught her excitement without understanding why.”

However, Fellows’ father wasn’t able to go along with them to California.

“Daddy wasn’t able to go. I was standing on the observation platform at the back of the train looking for my daddy and remember crying so much because he hadn’t come,” Fellows was quoted in the Goldrup book. “…I was looking down the track and I could see a small figure on a white horse. It was my father. The train was picking up speed…and he rode alongside…”

When Fellows and her grandmother arrived in Hollywood, they found they had been conned. The address the “talent scout” gave them was an empty lot. Fellows’ grandmother was too proud to return to North Carolina and began cleaning houses. Fellows would stay with neighbors and go along with then children went to work as extras in films and Fellows got a role when the neighborhood boy had chicken pox, according to Moore’s book.

While some young stars had domineering stage mother’s, it was Fellows’ possessive and strong-willed grandmother that pushed her career.

“When I threw something at Claudette Colbert in a movie, I was really throwing at grandma,” she was quoted in Moore’s book.

During a meeting with Columbia studio head Harry Cohen and her grandmother, Cohen yelled at grandma for dressing Fellows in cheap clothing because it reflected poorly on the studio.

Edith Fellows, 14, and her grandmother in a 1937 newspaper clipping.

“I’m sitting there smiling because I’d no idea that my boss was my friend. I almost started falling in love with Harry Cohen,” Moore quoted Fellows. “…Grandma said, ‘Well, Shirley Temple’s mother gets a salary for taking care of Shirley, so I certainly think I deserve a salary for taking care of Edith.’ Cohen said, ‘You’ll get nothing and good day.’”

While Fellows felt earning money was a way to do nice things for her grandmother, she still resented how overbearing she was; not allowing Fellows to have birthday parties with children or to date boys. Grandma died in 1941 when Fellows was 18.

“Grandma’s funeral was one of the best performances I ever gave. When I found her dead one morning, it was a terrible shock, but it didn’t last too long. At the service, I kept my head down because I couldn’t cry…,” Fellows was quoted in Moore’s book. “I felt a great relief. I was almost laughing all the way to the cemetery.”

In a 1980s radio interview, she was asked if she could start over and pick to go to Hollywood, would she? She first muttered “No” before saying “Yes, I guess so.”

“It did afford me wonderful opportunities to meet and work with different people,” Fellows was quoted in the Goldrup book. “That was an education in itself.”