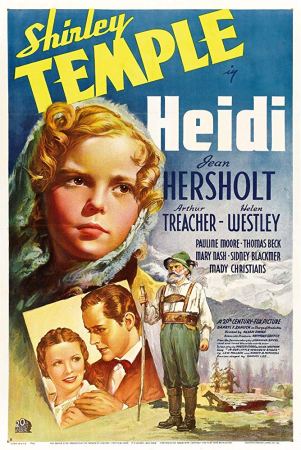 Plot:
Heidi (Temple) is an orphan who has been living with her aunt Dete (Moore) for six years since her parents died. Dete abruptly takes Heidi to her grandfather’s (Hersholt) when she has a job offer in Frankfurt. Her grandfather, Adolph Kramer, has the reputation of being as a grump in the village, because he has lived alone since turning out Heidi’s father when he married her mother. While the two are bonding, Dete returns to get Heidi so she can be a companion to a rich, wheelchair-bound girl (Jones).