Contemporary classic film fans have the luxury of watching older films in many different forms. Stream on Netflix, buy it on BluRay or DVD, watch it on their phone on YouTube, or turn the television to Turner Classic Movies at any point in the day.

But despite all of these options and opportunities, sometimes film lovers want to see the film the way it was meant to be shown—on the big screen. But the real treat is if the movie is projected on film, but not just any film—rare nitrate film.

END_OF_DOCUMENT_TOKEN_TO_BE_REPLACED

Plot:
Two sailors (Kelly, Sinatra) are on leave in Los Angeles when they meet a lost little boy, Donald (Stockwell). When they return Donald home, they meet his Aunt Susan (Grayson), who raises the boy and has dreams of becoming a singer. To impress her, the sailors mislead Aunt Susan and tell her they know famous pianist Jose Iturbi, so she can audition for him. Now they just have to find Jose Iturbi.

END_OF_DOCUMENT_TOKEN_TO_BE_REPLACED 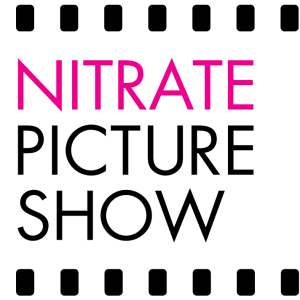 This week, Comet Over Hollywood is attending the Nitrate Picture Show in Rochester, NY, which is Friday, May 5, through Sunday, May 7.

For the past four years, I attended the Turner Classic Movies Classic Film Festival (TCMFF). However, due to a scheduling conflict I was unable to attend this year.

Because of this, I decided to try something new, and I heard good things about the Nitrate Picture Show.

This is my first time at the Nitrate Picture Show so I’m not sure how it all works. The film program is not released until Friday, May 5, when the festival begins.

My boyfriend is also attending the Nitrate Picture Show for his first time as well. In addition to this page, here are other ways to follow us during our adventures:
Twitter: @HollywoodComet or @ImBrandonBrown
Facebook: https://www.facebook.com/cometoverhollywood
Instagram: @HollywoodComet