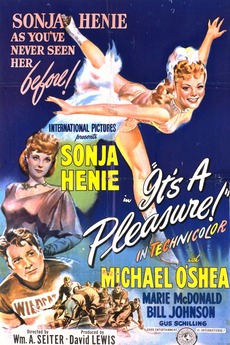 Plot:
Don Martin (O’Shea) is a star hockey player but gets barred from the game after hitting a referee. Chris Linden (Henie) is the lead in the ice-capades and gets Don a job with the show. The show, produced by Buzz Fletcher (Johnson), is a success and Don and Chris fall in love and marry. Buzz’s wife, Gale (Fletcher), causes trouble for the couple.