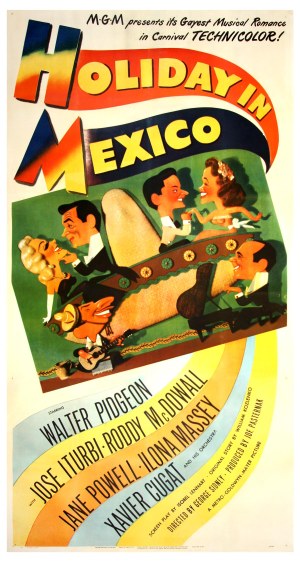 Plot:
Christine (Powell) lives in Mexico with her father Jeffrey Evans (Pidgeon), who is the United States Ambassador to Mexico. Jeffrey is a single parent to Christine, who dotes on her father and tries to be the lady of the house and manage her father’s affairs. She is constantly quarreling with her boyfriend Stanley (McDowall), who is the son of the English ambassador. When Jeffrey meets an old flame, singer Toni Karpathy (Massey), Christine feels replaced. To console herself, she decides that she’s in love with piano player Jose Iturbi (who plays himself).