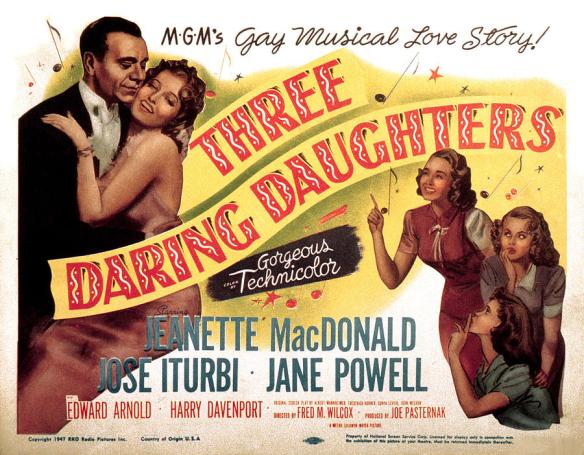 Plot:
Three sisters (Powell, Todd, Donahue) want their divorced parents to get back together. After an illness, their mother Louise Morgan (MacDonald) goes on a cruise to Cuba without her daughters for a rest. While Louise is gone, the sisters work with businessman Robert Nelson (Arnold) to get their father back home. Unbeknownst to her daughters, Louise falls in love with pianist José Iturbi (as himself).