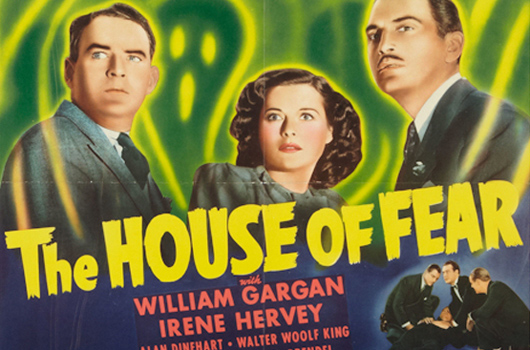 Plot:
After an actor drops dead on stage, his body disappears and police can’t uncover any clues. The once successful theater where he died is now a ghost town and people say the theater is haunted. After the theater is closed for some time, detective Arthur McHugh (Gargan) goes undercover posing as a producer buys the theater to solve the case.